Ron Klein is not called The Grandfather of Possibilities for nothing. Ron classifies himself as a strategic adviser, a mentor, an innovator and inventor, a speaker, but mostly as a problem solver. Not many people may know it, but he’s been solving all sorts of problems. He invented the magnetic strip on the credit card that changed a few billion people. He developed the MLS system for real estate and the voice response for … END_OF_DOCUMENT_TOKEN_TO_BE_REPLACED 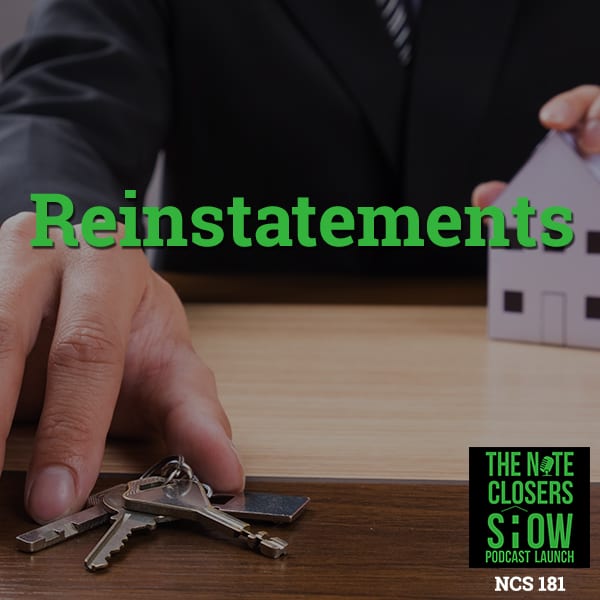 Scott discusses reinstatements; why getting a borrower to reinstate a loan is one of the most profitable ways to make money in note investing.. Listen to the podcast here: Reinstatements Today, we want to discuss with you our next topic on how to make money in notes. We’ve been going through a little bit almost every day about a different aspect of note investing. Today’s topic is all about reinstating. What do you do to … END_OF_DOCUMENT_TOKEN_TO_BE_REPLACED